WE WIN CAMPAIGNS BECAUSE WE SEE OPPORTUNITES AND CHALLENGES BEFORE THEY HAPPEN. DYCE COMMUNICATIONS

DYCE COMMUNICATIONS is a national Republican political consulting firm focused on producing television, radio, digital advertising and delivering strategic communications and general consulting for Republican elected officials, candidates, and independent expenditure campaigns.  Our objective is simple – defeat Democrats, elect Republicans, and always make sure your message and advertising are not only seen and heard, but most importantly influence voters and win elections. 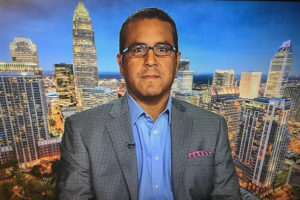 ALFREDO is the founder and president of DYCE COMMUNICATIONS.  With two decades of experience as a media consultant, strategist, campaign manager, and senior advisor to campaigns at the congressional, statewide, and legislative levels, Alfredo possesses the talent and practice of building winning campaigns with persuasive messaging and dynamic television, radio, and digital advertising.

Alfredo has written and produced more than 300 television, radio, and digital ads for campaigns across the country. He has served as the lead media consultant and-or strategist for dozens of successful campaigns. As a veteran political operative, Alfredo brings a proven ability to his clients for creating compelling messages, providing strategic communications, delivering “war room” rapid-response, and executing paid and earned media campaigns.

In 2006, Alfredo helped lead Texas Governor Rick Perry’s successful reelection campaign. He later joined Governor Perry at the State Capitol and served as a trusted senior member of his staff leading the Office of Community Affairs.

As a Regional Political Director for the National Republican Congressional Committee during the 2004 election cycle, Alfredo advised campaigns across the Midwest, Southwest, and Plains states, and helped congressional Republicans increase their majority in Congress.

During the 2000 presidential election, Alfredo served on the campaign of Vice President Dan Quayle where he helped lead field operations in the First-In-The-Nation primary state of New Hampshire.

As a seasoned political operative, Alfredo is equipped to create campaigns from scratch, develop any apparatus of campaigns that aren’t already assembled, and improve structures of campaigns that need to generate greater output and results. Most importantly, ALFREDO and DYCE COMMUNICATIONS are experienced and prepared to help campaigns win.

Alfredo grew up in Grand Prairie, Texas. He graduated from The George Washington University. Today, Alfredo lives in Charlotte, North Carolina where he attends Elevation Church at Blakeney Campus.

We Deliver Your Narrative With Broad Appeal.

We build campaigns from bottom to top and make sure every component of the campaign produces results and wins votes.

We possess the tools and talent to transform a simple idea or concept into a dynamic advertising and marketing campaign.

We develop winning messages that are focused and disciplined to help deliver a narrative with broad appeal.

We create opportunities to inform, educate, and communicate regularly with the press without wasting time.

Your advertising will be creative and compelling.

HOW WE DO IT

We understand every decision in a campaign is critical and time sensitive.   No action item is too small to deserve our full and complete attention.  Your priorities are our priorities.  We will always be accessible and available at the very moment you need us.

We refuse to cut corners and produce cookie-cutter ads.  Every candidate, every campaign, every state, and every district is different; therefore the motivation and creative thought behind every ad should be different.  We use dynamic advertising tactics, data-driven targeting, and high production quality to deliver your personal narrative and message. We guarantee your advertising will be compelling and win elections.

Campaigns matter, and that is why well-organized and well-run campaigns win.  We create a plan for your campaign that includes goals, benchmarks, budgets, and timelines.  We are motivated by your strengths and exploit the weaknesses of your opponent.  We keep you focused and disciplined from start to finish.  And we guarantee every decision in the campaign is one you are proud of and leads to victory on Election Day.

We Make Sure Your Message And Advertising Are Not Simply Seen And Heard, But More Importantly Influence Voters And Win Elections.